The D-Day landing beaches in Normandy – Land of freedom!

Cradle of History, Normandy and more precisely Calvados were the field of action of the Landing of June 6, 1944 led by the Allied forces and which led to the liberation of France during the Second World War. Numerous relics, museums and places of memory recall the sacrifice of these men and women. Welcome to the Land of the Free!

Where history comes to life!

The D-Day museums from Ouistreham to Arromanches

Numerous museums dot the Normandy coast and recall the events of the Second World War. In Ouistreham, you can visit the Museum of the Landing n°4 Commando, the only French commando to have landed on June 6th and which was responsible for the liberation of Ouistreham. Also to be discovered, the Great Bunker, vestige of the Atlantic Wall, former central command post of the enemy armies.

In Bénouville (10 min), you will find the Pegasus Bridge Memorial dedicated to the soldiers of the British Airborne Division. They were the first liberators to set foot on Norman soil. There is the Pegasus Bridge Café Gondrée, the first house in France to be liberated on the morning of June 6, 1944, where you can enjoy a coffee in a period setting.

Want to know everything about this period? Don’t miss the Caen Memorial, whose museographic tours tell the story of the terrible history of the 20th century, from the origins of theSecond World War to the end of the Cold War. Continue your discovery towards Arromanches and stop at Courseulles-sur-Mer at the Juno Beach Center in this museum that honors the 45,000 Canadian soldiers. Then, when you arrive at your destination, the Arromanches 360° circular cinema and the Arromanches Landing Museum will tell you more about the artificial harbour from its conception to its installation on the day of the landing, and plunge you back into history thanks to the screening of the film “The 100 Days in Normandy”. Other museums on the D-Day landings in Normandy exist in Falaise, Merville-Franceville, Bayeux, and further on in the Manche… Discover the complete list on the Normandie Tourismewebsite

The largest amphibious and airborne operation in history took place here in Normandy. The beaches are now known and visited by millions of people every year and their names pay tribute to the nationalities of the soldiers who landed there. 5 main sectors are delimited:

The cemeteries in tribute to our liberators!

Because we all have a duty to remember these soldiers, these unknown people who fought so that we could live free and in peace, many sites have been erected over the last 60 years to pay tribute to them one last time. Like the 5 D-Day beaches, cemeteries for the British, Canadian and American Allied forces, as well as a German cemetery, have been set up all along the Normandy coast.

The most famous and emblematic is obviously the American cemetery of Colleville-sur-Mer, 1h15 from the campsite Les Prairies de la Mer, overlooking Omaha Beach. This site is full of history and memory and is still the most visited today. The white crosses aligned to perfection, the memorial, the garden of the missing and the sea as far as the eye can see make this place unique and full of emotion.

In Ver-sur-Mer, on the British sector, you will find the British Normandy Memorial. Inaugurated in 2021 by Emmanuel Macron and Theresa May, this memorial pays tribute to the British army and Norman civilians who fell during the confrontation. In total, more than 22,000 names of soldiers are engraved on the columns of the structure, facing Gold Beach. Seen from the sky, the site forms the British flag.

Other cemeteries, very different but just as interesting are to be discovered at La Cambe (German cemetery at 1h15 from the campsite), the cemeteries of Banville, Colleville-Montgomery, Tilly-sur-Seulles and many others.

To be discovered at the campsite 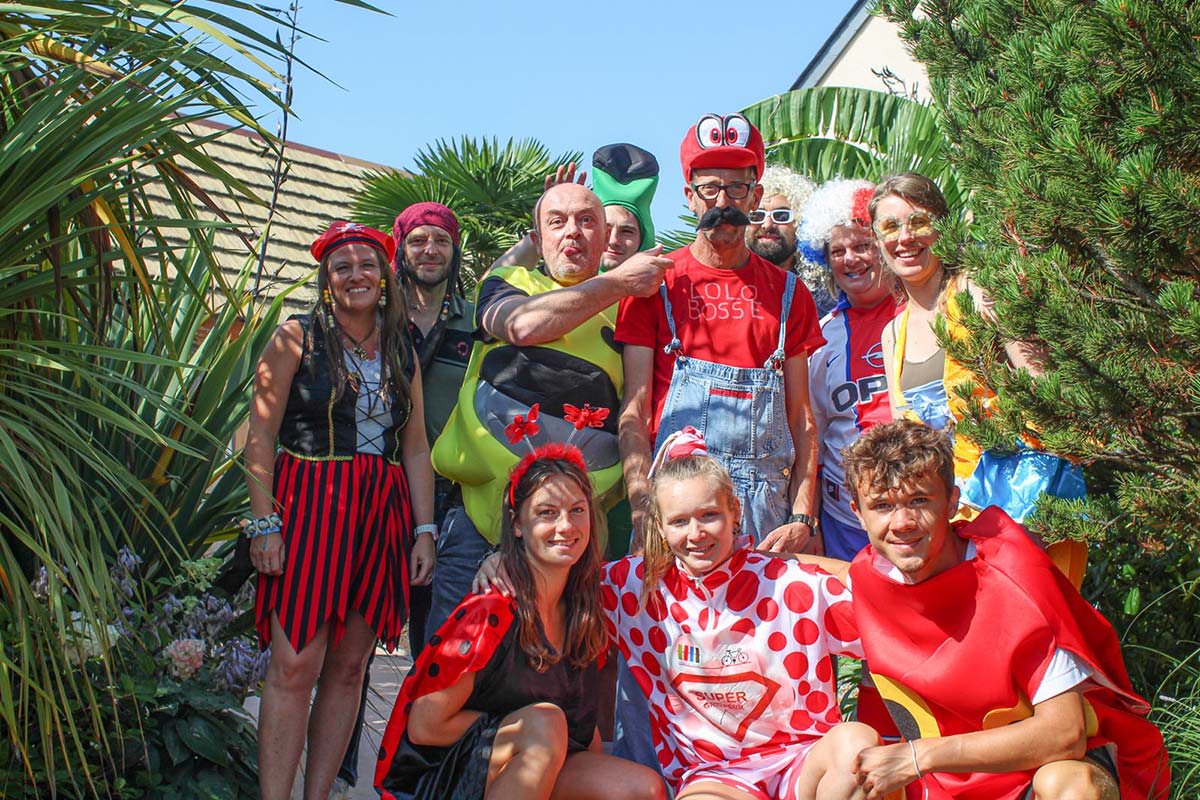 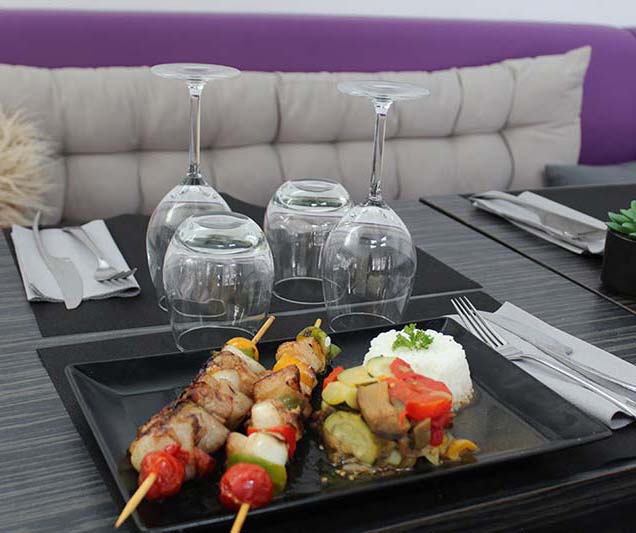 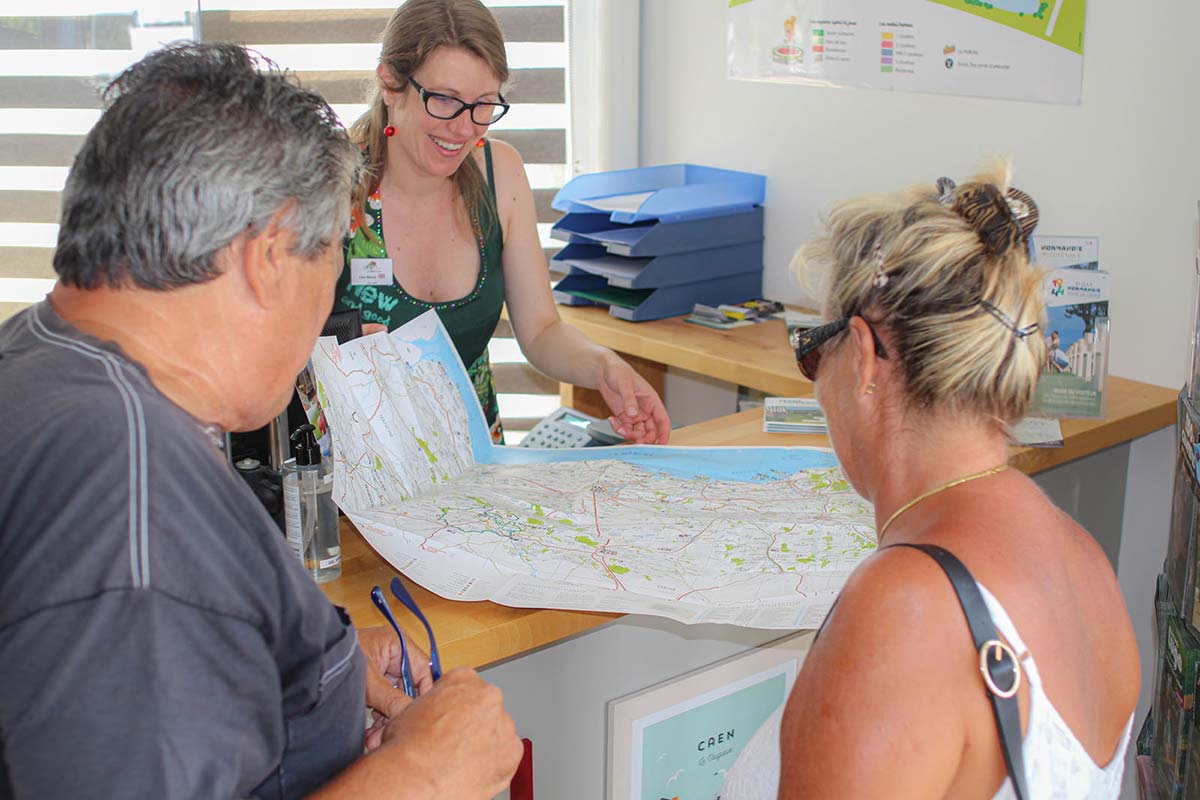 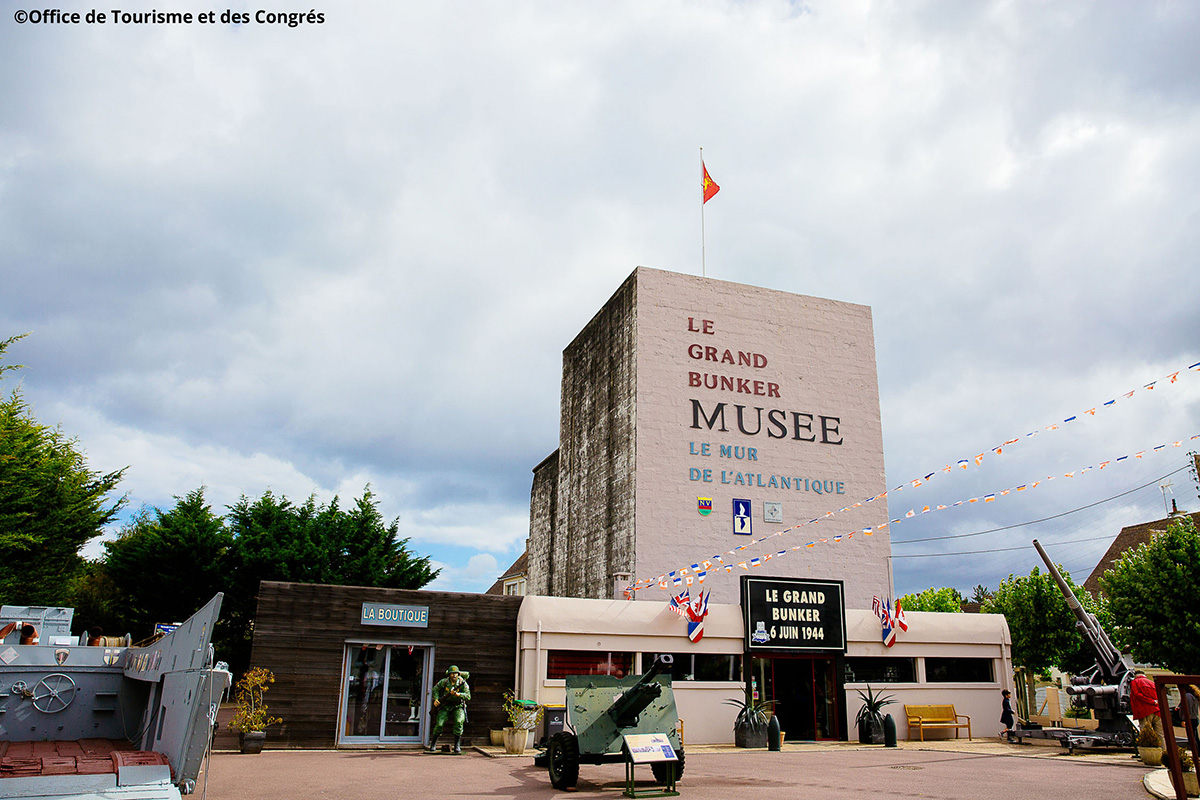 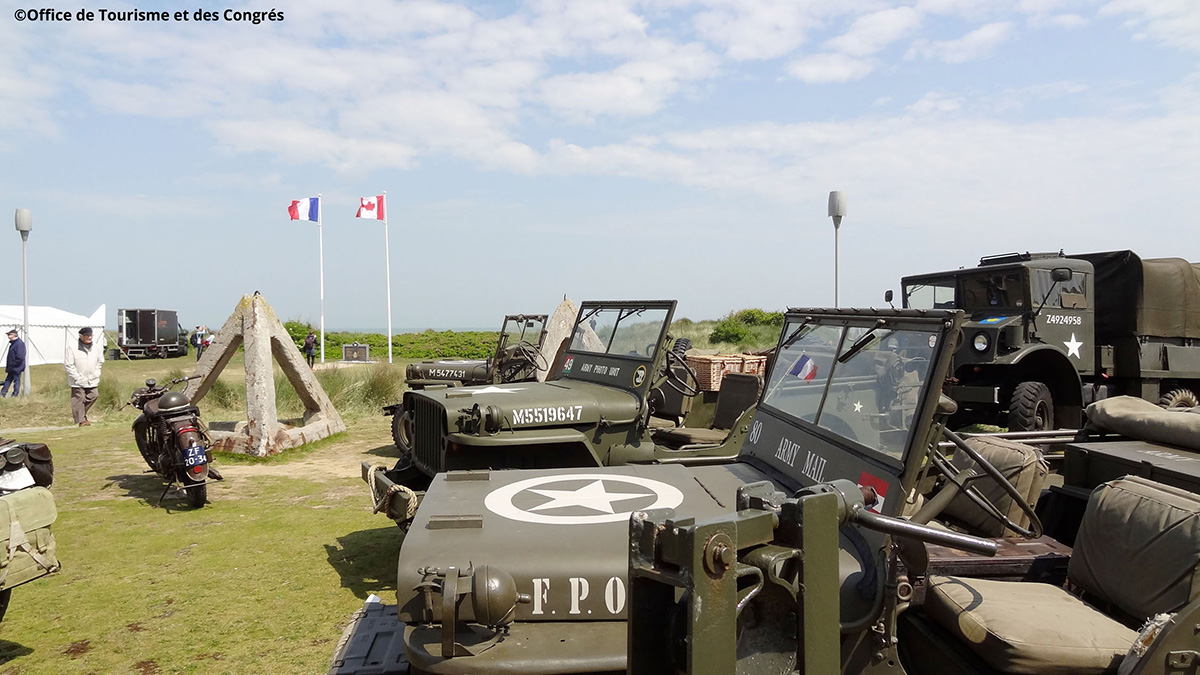 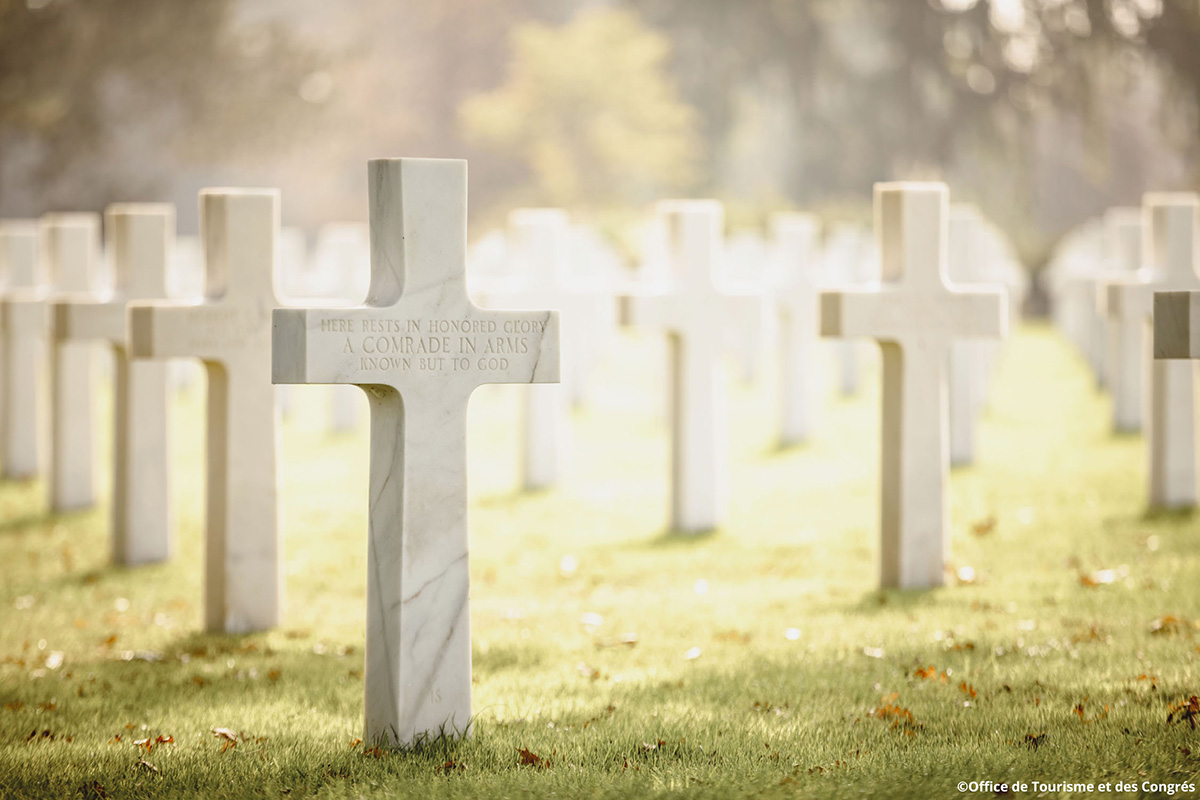 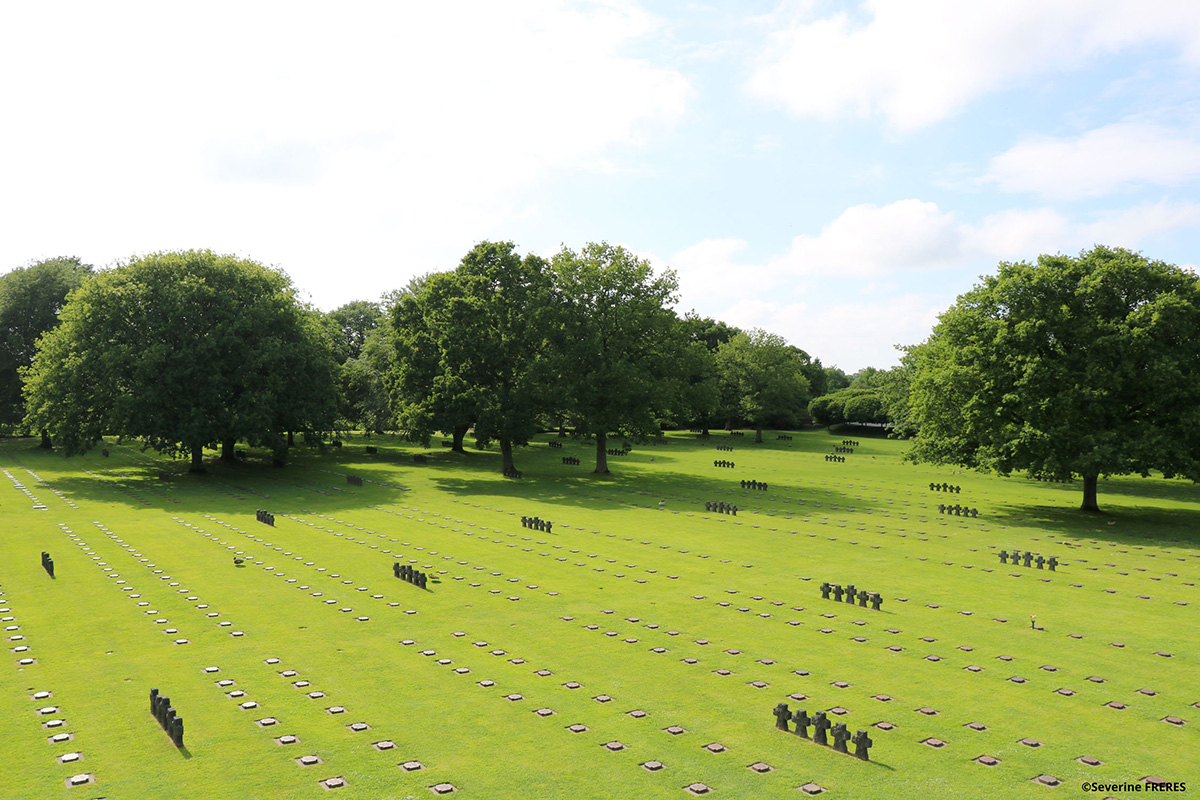 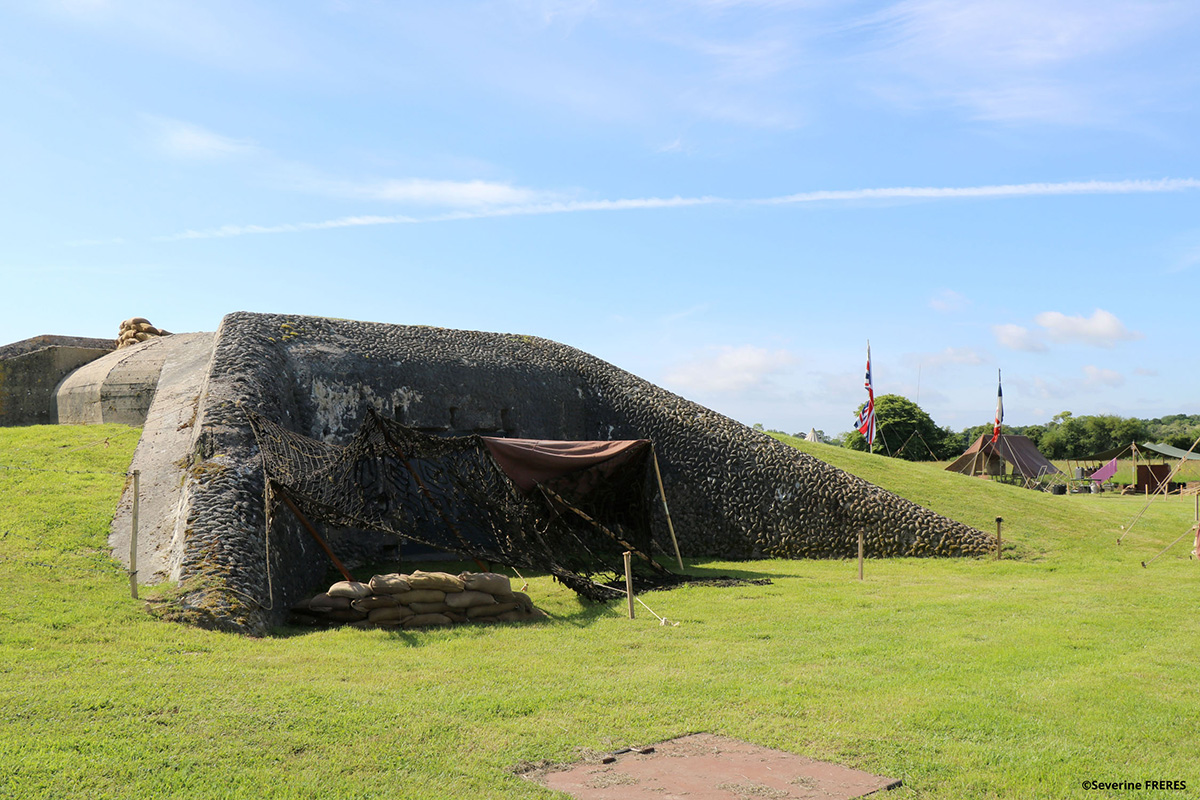 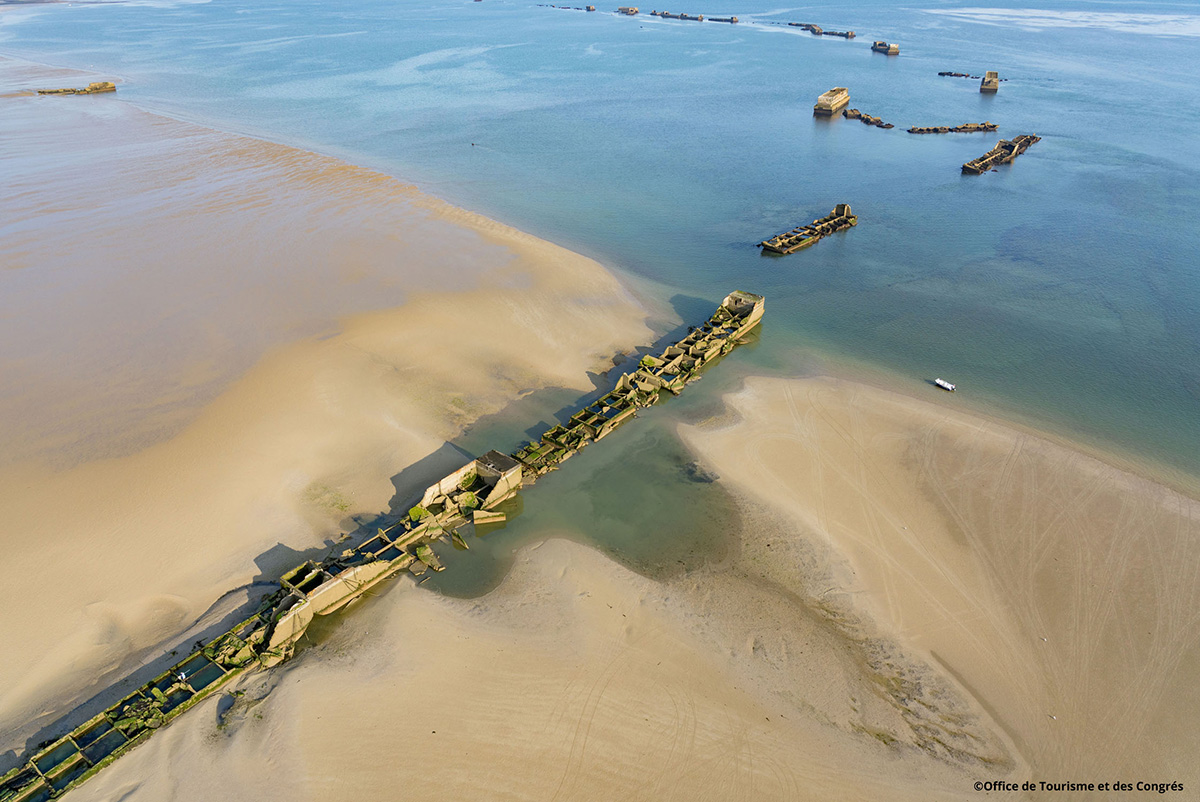 Opening dates
From March 15 to November 15

By continuing to browse this site, you accept the use of cookies.